I am taking part in two blog hops today - if you are looking for the 'Challenge of Colour' hop you will find it here.

You might recall that this month it was my turn to provide the components for the Art Jewelry Elements (AJE) component of the month challenge. Well today's the day that the 14 team members and AJE readers reveal what they've done with the bronze snowflake they were sent, including me. There were two designs for this component and this is the one I had... 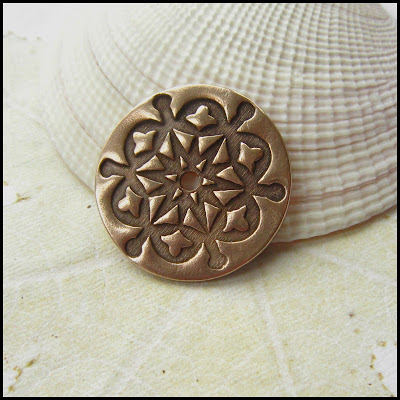 Component available at THEA too

When I started thinking about what to do the first thing I decided was that I didn't want to go down the traditional route of using a pale palette as you might expect for a snowflake - odd I know since I designed it but there you go. Instead I wanted to do something darker, more exotic and dare I say it - a little bit sexy. I had an idea forming in my head that involved black chain and some dark iridescent beads so the first thing I did was to paint the recessed area with black patina to give more contrast. 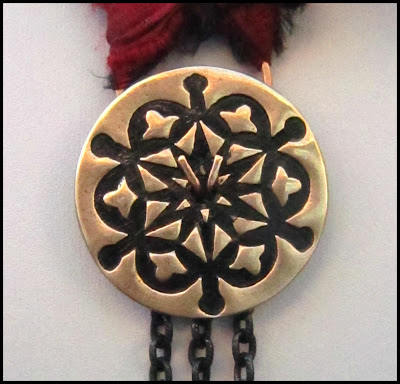 I also made a bail by looping s section of bronze wire, bending the ends at right angles and feeding them through the hole from the back and splaying and flattening them at the front. 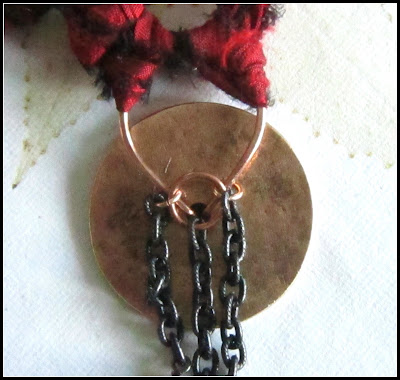 Then came three sections of black chain which I added to the back by attaching jump rings and to these I attached the three fat, oil slick iridescent Czech glass drops I'd had in mind from the get go - so far so good. 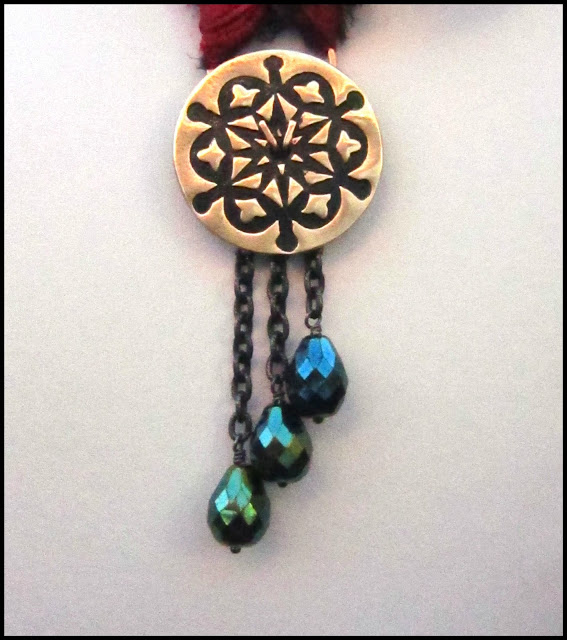 But then I got  a bit stuck. I had been thinking of this as a long necklace with the component suspended from black chain and something else to give it some oomph but at this point I didn't know what the 'oomph' was. I had a vague notion that I had some black silk somewhere so I started rummaging but couldn't see it anywhere, however, what I did find was a length of the most beautiful deep red and back sari silk that had in fact been gifted to me last Christmas. So out it came and I started to play and what do you know... it worked itself perfectly into my vision of a vampish Christmas party accessory. So this is my finished piece which I've called 'Snow White's Alter Ego'. 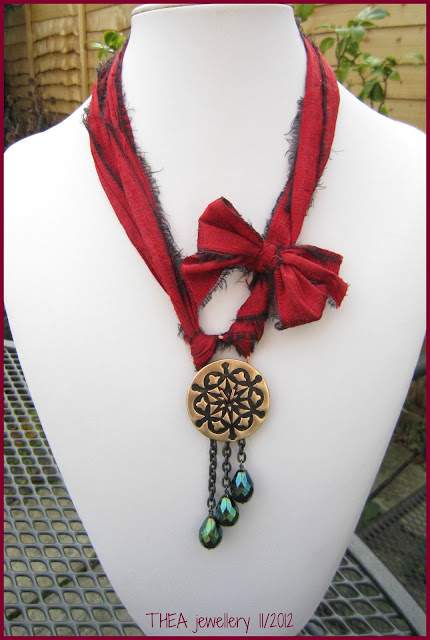 I've said a million times I'm not good with sari silk but I do actually like this and feel I might finally be making some progress. Ultimately fairly simple but quite striking, I have an image in my head of this being worn by someone like Helena Bonham-Carter to accesorize a mussed up ball gown, mad hair  and DM boots!  What do you think...?

My apologies that these photo's are less than brilliant - I've just realised that the digital magnification had been reset on my camera so some of them are a bit grainy. Now I'm off to see what everyone else has done with their snowflakes - just use the links below to join me: 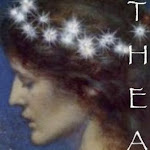 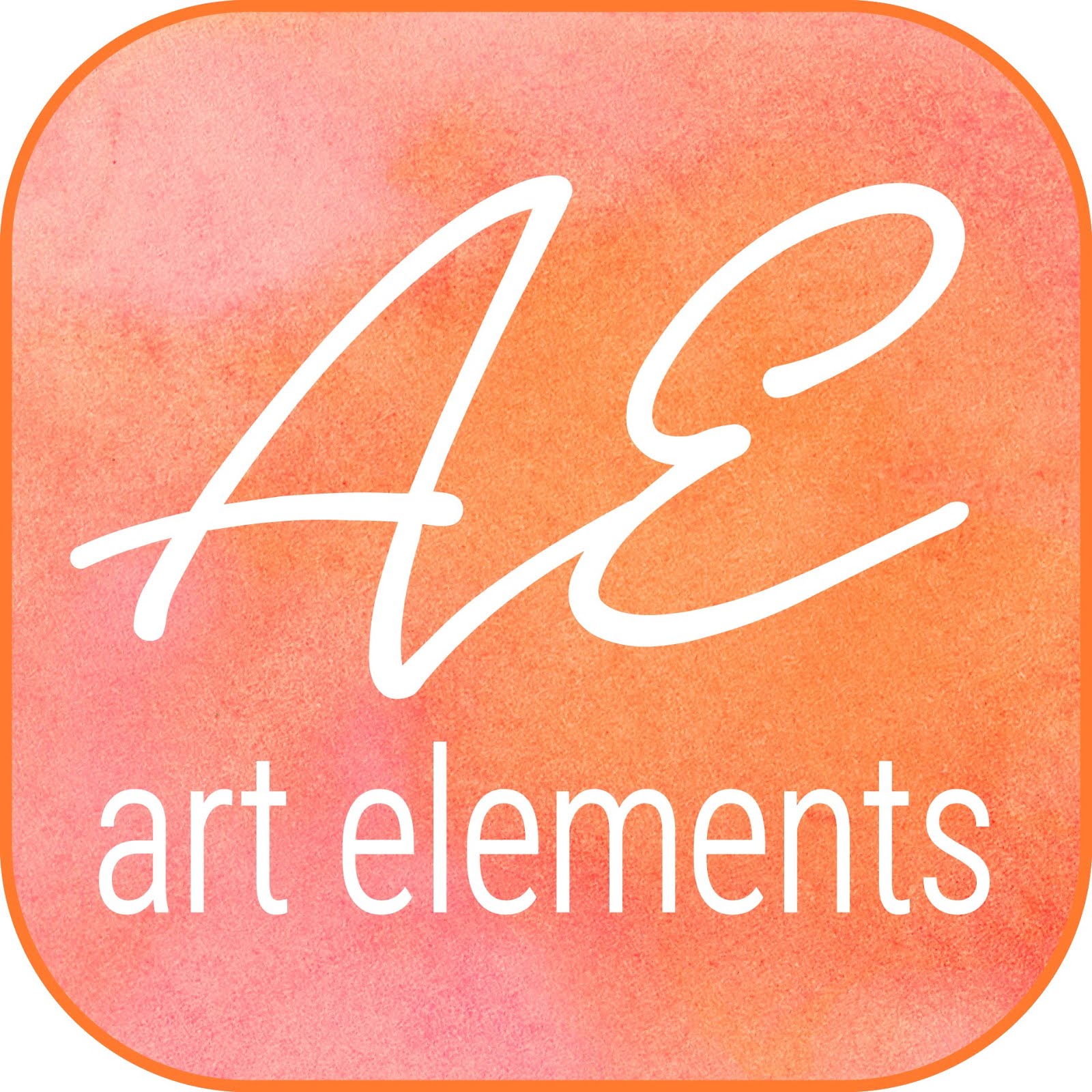 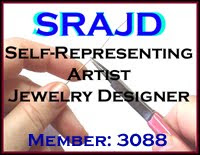